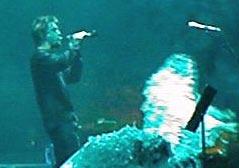 "I am a multi-instrumentalist specialising in woodwind from Europe and the near East, including Bagpipes (English, Greek, French, Bulgarian, Swedish), Duduk, Flutes and Whistles. I also play Guitar, Rebab and Balalaika. Between 2002 and 2005 I worked with COIL playing Pipes, Duduk, Bombarde and Balalaika. During this time I appeared on 4 albums and numerous live shows across Europe. Other projects past and present include Snarche, Red Dog Green Dog and a duo with Hurdy Gurdy player Cliff Stapleton."