These are pictures of the Beck Road and Martello Street in the London borough of Hackney, where Throbbing Gristle lived and recorded music from the mid-1970s until the early 1980s. I took them as part of my research for my Geography MA, which is looking at the relationship between music and place - focussing on Throbbing Gristle and Hackney.

I was amazed how bleak Hackney is, considering it's so central in London I assumed it would have been heavily gentrified by now, but there was an abundance of decaying, derelict buildings. Redevelopment has started, but it looks like the area's bad reputation is a hindrance. I was surprised the Death Factory at 10 Martello Street was still standing, although it is seemingly used as an artist's studio it looks abandoned, and right next to it is a new building of luxury flats - which you need a swipe card to gain entry to, as it is a gated community - something I didn't think we had in the UK. This can be seen to the right of the Death Factory in the sixth picture. Beck Road was also rather grim, being old terraced houses with the street running underneath the Northern rail line. A train passed overhead approximately ever minute while I was there. The bottom six pictures were taken along Hackney Road on the way to Beck Road and Martello Street, they give an idea of the condition of the area.

All these pictures were taken by Andrew Gowans on the 17th January 2006. 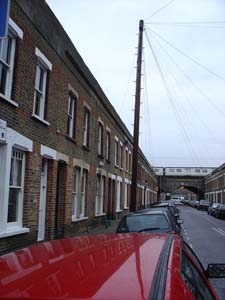 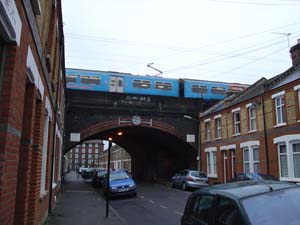 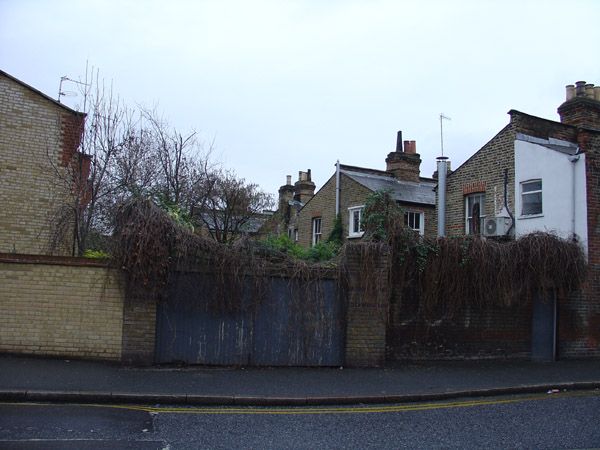 Back of Beck Road 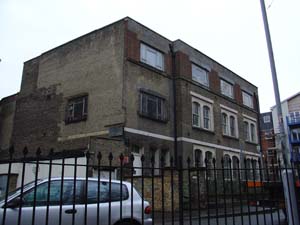 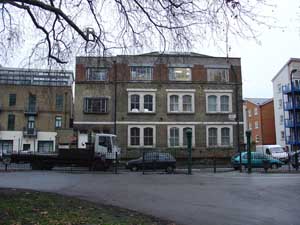 The Death Factory from London Fields 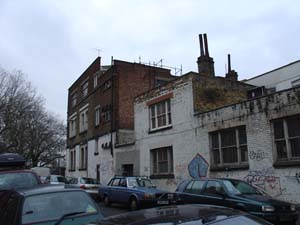 Side of Death Factory 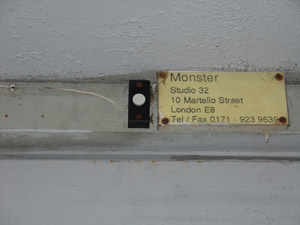 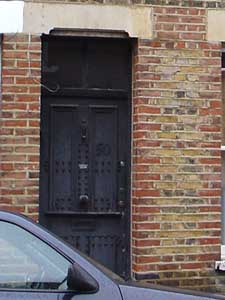 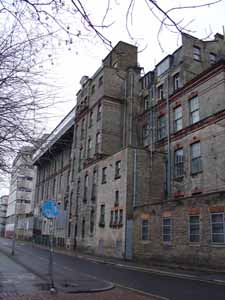 Derelict factory next to farm 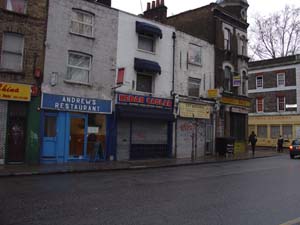 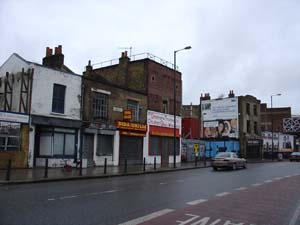 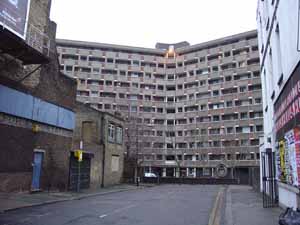 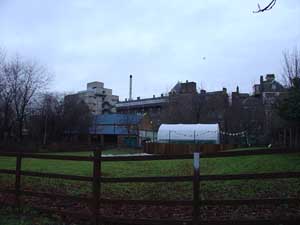 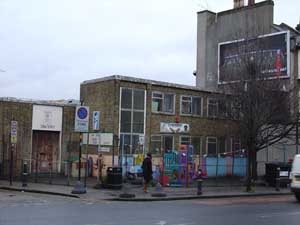